Developing a Semantics-Aware Pattern Detection Tool for the Tezos codebase 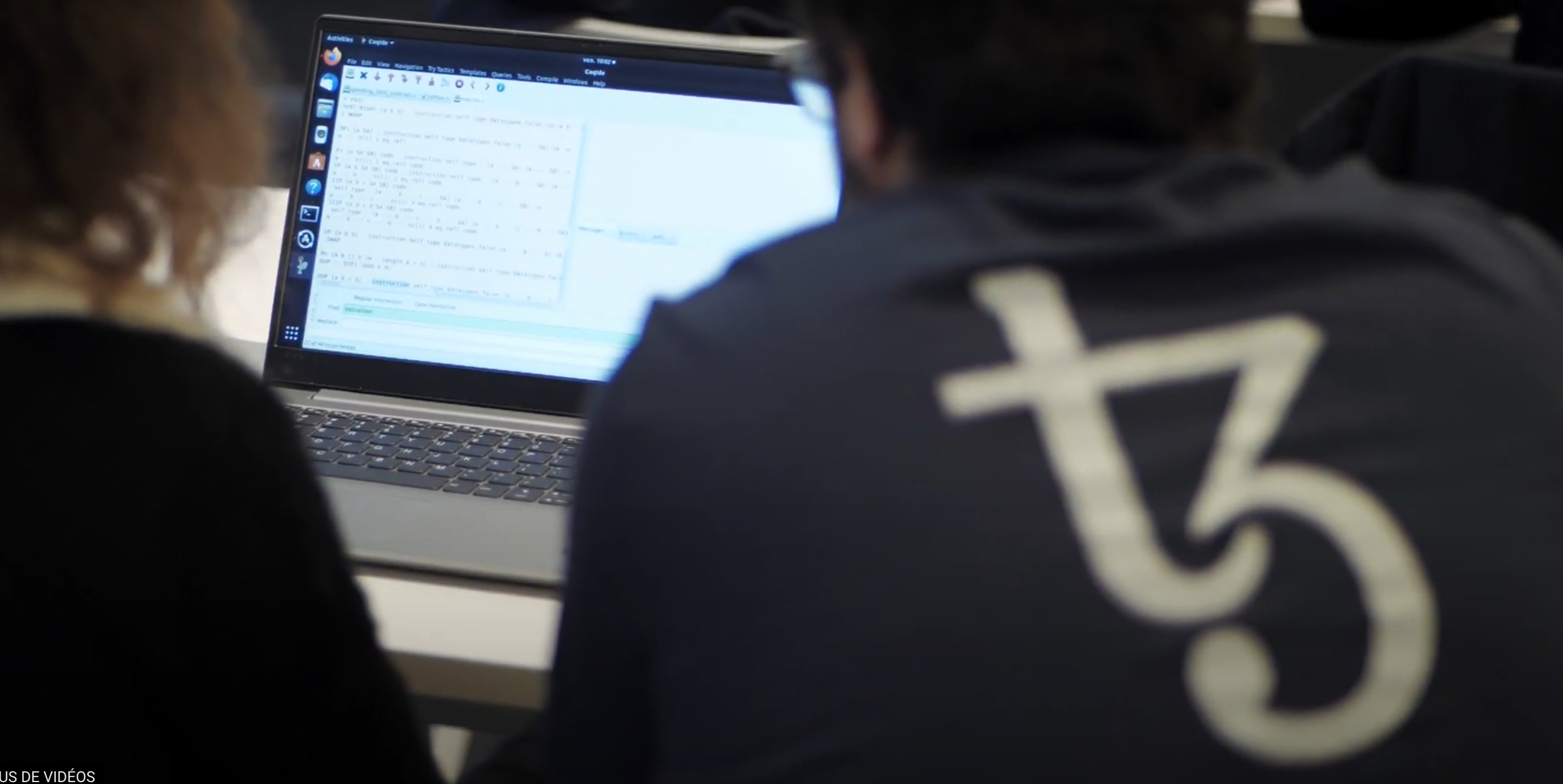 Developing a Semantics-Aware Pattern Detection Tool for the Tezos codebase

Blockchains are critical pieces of software, which are used to manipulate significantamount of financial values (e.g., Tezos’ market cap is more than a billion accordingto CoinMarketCap). As a consequence, the quality of Tezos’ codebase should onlyincrease over time.The assessment of the quality of a change proposed by any developer to the Tezoscodebase is based upon two components: a Continuous Integration process basedon an ever-growing test-suite, and a Code Review process which involves at leasttwo engineers per proposal. Code reviews provide the opportunity to uncover issuesthat are hard to detect with automatic means, such as logical errors, erroneous as-sumptions by the developers, etc. Unfortunately, they are also devoted to ensure thatthe “quality” of Tezos codebase increases overtime. Reviewers are expected to verifythat exceptions are correctly caught, assert false are indeed unreachable, Lwt is notoverused, etc.We believe that, by adopting or developing automated tools to perform static analy-ses on the codebase, we can alleviate the amount of work required to perform a codereview, while increasing our confidence in the fact that certain classes of errors canno longer go undetected.

Last year, we have published an early version of ometrics. The goal of ometrics is toimplement “incremental static analyses”, where only the alerts related to a relevantsubset of the codebase (that is, the one changed in a Merge Request) are reportedto the developers.We wish to extend ometrics to detect known, erroneous or error-prone patterns thatwe want to forbid in the codebase. The expected interface is something akin to whatsemgrep is proposing, based on rules developers can write themselves, but curated tothe specific needs of Tezos.• The first step of the internship will be to provide a tool that handle all the semgreprules currently used in the Tezos codebase (but with ometrics capability to filterthe alerts).• The second step is to explore how to provide more semantics-aware rules.The result of the internship will be validated by its capability to handle a large code-base like Tezos.

The successful applicant should have a good knowledge of the OCaml programminglanguage. A knowledge in the tools used by developers to collaboratively developOctez would be a nice bonus. This includes git, Gitlab CI, dune, and Opam amongothers. A minimal background in programming language theory is required, as theapplicant will be confronted to the OCaml intermediate representation (AST).• Semgrep• ometrics

You will work at the Nomadic Labs’ offices in Paris.Participating in a large scale open-source project you will have to rapidly learn touse collaborative tools (Git, merge request, issues, gitlab, continuous integration,documentation) and to communicate about your work. The final results might bepresented at an international conference or workshop.You will have a designated advisor at Nomadic Labs and will have to work indepen-dently and to propose thoroughly-considered solutions to the different problems youwill have to solve. You will be encouraged to seek advice from members of the team.

Send us your application